Henri Lamy, born in 1985, is a French artist based between Lyon (France) and Manila (Philippines). Seduced by the immediacy and spontaneity of acrylic, the quality of his work is highlighted by the vivid and expressive colors of his compositions, as well as the use of the knife. Initiated very young by his father, Henri is an admirer of Jackson Pollock and “dripping”.

In 2014, Henri united his two passions and experimented with a new form of bodily expression: capoeira-painting. The latter aims to unite a martial art, which stages the interaction and play between two individuals, with the painting’s random path in space. Via his explosive performances, the artist thus detaches himself from the figurative to make room for the unexpected.

In 2015, he co-founded the Tavern Gutenberg with Maïa d’Aboville, an artistic residency in the heart of Lyon which has welcomed more than 40,000 visitors in three years. The main mission of the association is to promote young creation and break the codes that exist between the artist, the public and the gallery, while becoming a place of exchanges and meetings.

In 2017 he co-founded the first international extension of Tavern Gutenberg in Manila (Philippines) whose main mission is the use of art as a social vehicle. Henri Lamy and Maïa d´Aboville send six artists to the Philippines to give a series of workshops to children from foundations such as Virlanie, Project Pearls and Stairway Foundation. For a year, public events, performances and exhibitions are created with local partners and galleries. Henri’s love for languages and the discovery of new cultures drives him to travel and document his encounters in photographs, which he then depicts in portraits and imagined scenes. The values of the various actions propelled by the artist are found in his work, where the human being is at the center of everything. 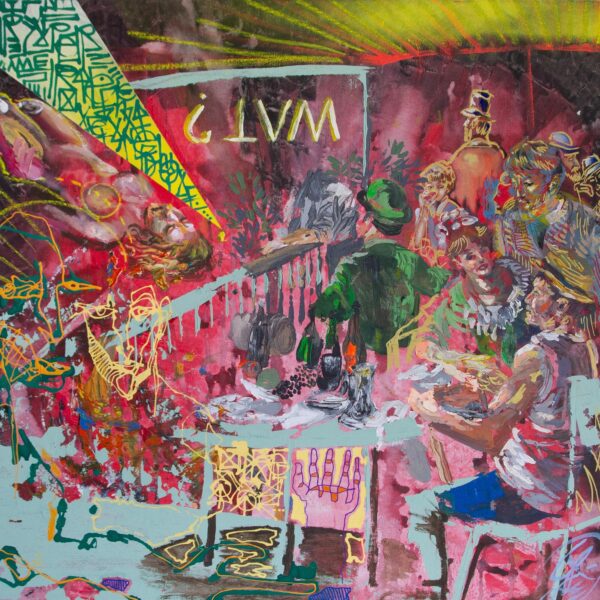