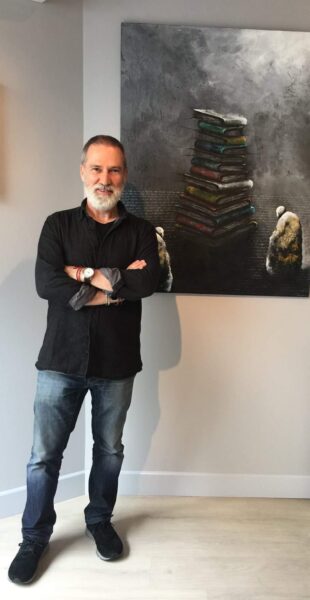 Alberto Letamendi is a Basque painter who uses various techniques and integrates natural materials such as iron powder, stone, wood and natural pigments. The common thread in his eclectic artistic production is his keen interest in cultural diversity and the richness it represents.

The series “Duality” indicates the existence of two different phenomena / characters in the same person or in the same state of affairs. The series is presented as a dialogic contrast, inspired by the writings of two authors. whose work, despite being over 50 years old, is still contemporary.

On the one hand, there is author Franz Kafka whose characters walk through a troubling world of uncertainty, fears and doubts, which they never get out of. On the other hand, there is George Orwell, who in his dystopian fantasy shows a totalitarian state in which the protector of society (who sees everything) is above society. A state in which bonds are constantly wielded, alliances are changed to create new conflicts that serve their interests. Clearly a prediction of everything that is happening today. The spectator views the work from this perspective, the masses from a position of superiority, of vigilance. That way we can become aware of this dystopia. This knowledge empowers us to face and overcome the bonds and fears it imposes on us, undermining them by creating resistance and new alliances. rewrite the present and the future. 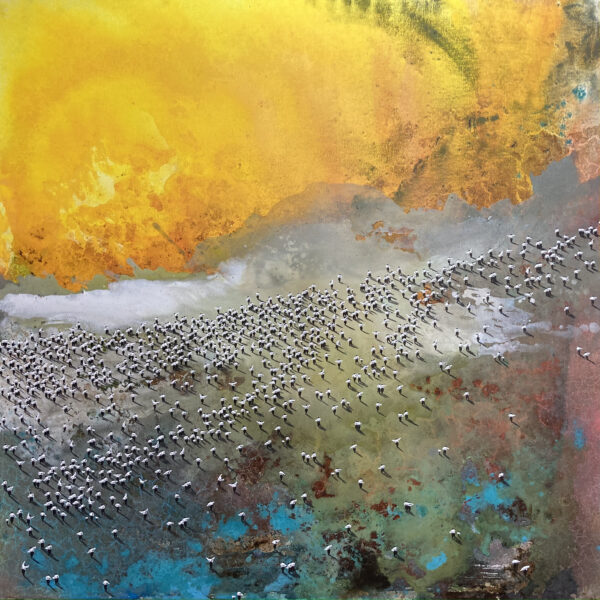 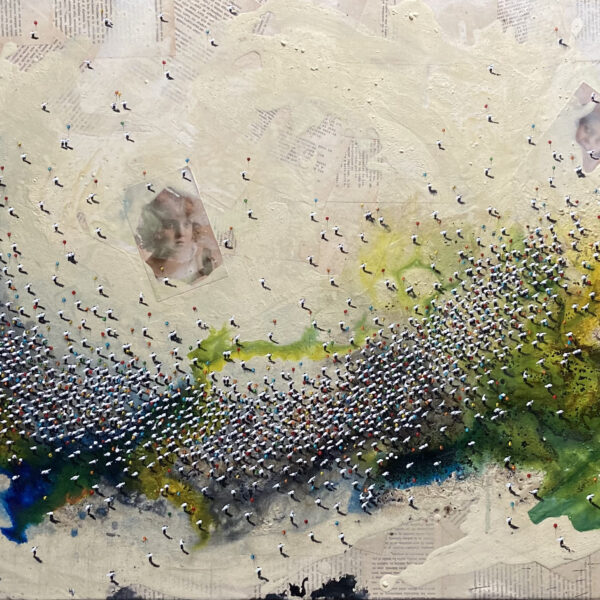 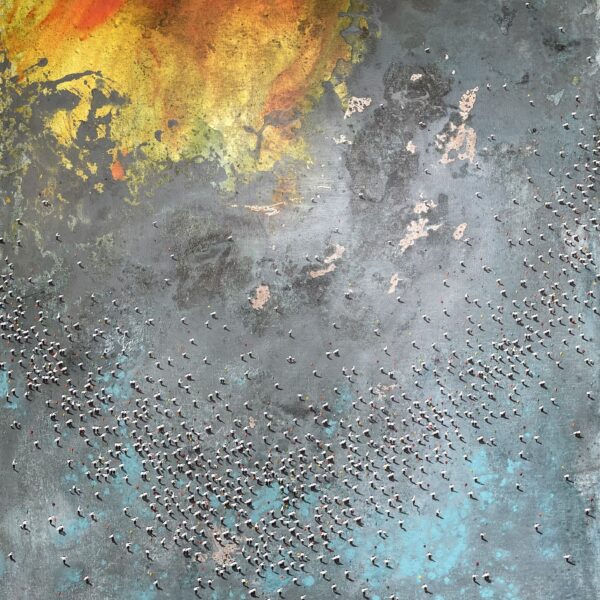